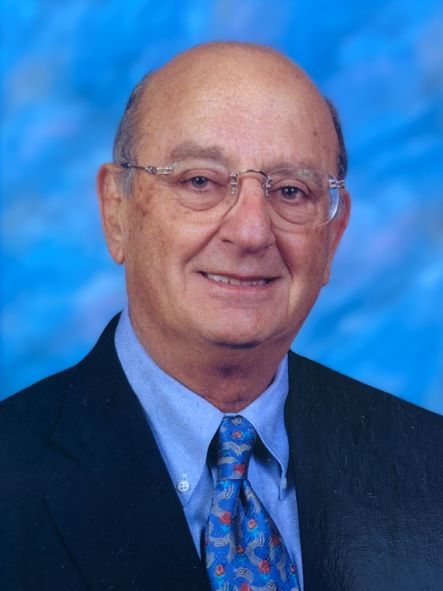 There are key individuals at any epoch and any place whose decisive actions shape their environment.

George Kevork Mandossian is one such individual. Mandossian passed away on October 17, having led a full and long life. A leader of the Tekeyan Cultural Association of the United States and Canada (TCA) and the Armenian Democratic Liberal Party (ADL), he also played an important role in the Armenian Church and the Armenian General Benevolent Union. He was a founder and guiding spirit of the TCA Arshag Dickranian Armenian School and a member of the founding council of the Montebello Armenian Martyrs Memorial Monument.

Mandossian was born in Jerusalem on February 24, 1934 to Antranig and Haiganoush Mandossian. During the first Arab-Israeli war, his family was forced to move from the new sector of Jerusalem to the Armenian Quarter of the old city. He graduated the Holy Translators Armenian elementary school in 1948 and the Catholic College des Freres afterwards. An athletic youth, he joined the Armenian Young Men’s Society (Hoyetchmen) to participate in scouting and sports, as well as cultural and social activities.

Mandossian found his first job in 1952 in nearby Amman, Jordan, as a draftsman for the US Foreign Aid Program (Point IV), and was able to find the time to simultaneously teach calligraphy at the Hetoumian Elementary School of that city. It was in Amman that Mandossian joined the Armenian Democratic Liberal Party, and joined a basketball group that turned into the Armenian National Atheletic Union (Azkayin Marzagan Mioutioun) in 1955. As part of the Jordanian National Basketball Team, which had five Armenian out of eleven members, Mandossian participated in the first Pan-Arab Olympic Games in Alexandria, Egypt. His team won the third-place bronze medal.

In 1955, he began his studies of engineering at the American University of Beirut. In 1959 he and his parents were accepted as refugees from Palestine to the United States.

Mandossian was clearly a joiner and a doer. As soon as he was settled in Los Angeles, he joined the choir of St. James Armenian Church, and the local chapters of the ADL and the Armenian Church Youth Organization of America.

Bishop Torkom Manoogian, who knew Mandossian in Jerusalem, was elected as Primate of the Western Diocese in 1962 and soon chose Mandossian along with five other young men to be trained as deacons.

Mandossian studied at the University of California, Los Angeles, at night, while working during the day as a microfilm processor, and in 1964 graduated with a bachelor of science degree in civil engineering (structural). He earned a master’s in the same field from the University of Southern California two years later and soon became quite successful in this professional arena.

In 1965, when half a century had passed after the start of the Armenian Genocide without any real justice or even international recognition, Armenians around the world saw the need for action. Mandossian did his part by joining with other Armenian professionals to form an Armenian Monument Council which led to the erection of the Armenian Martyrs Memorial Monument in Montebello, California. When Catholicos of All Armenians Vasken I came to visit it and donate two khachkars in 1968, Mandossian, then on the Diocesan Council in Los Angeles, volunteered to be the latter’s chauffeur and companion.

The ADL grew stronger in Los Angeles when its organ, the newspaper Nor Or, was moved there from Fresno, and a building was bought on Pico Boulevard. The Armenian Youth Cultural Association was established, which was renamed a few years later as the Tekeyan Cultural Association’s Los Angeles chapter. This chapter held major events at the Wilshire Ebell Theater, such as bringing the famed singer Lucine Zakarian to perform, or organizing exhibits.

The Armenian community of Los Angeles was growing rapidly in the 1970s and 1980s through new immigration from the Middle East and Soviet Armenia. During this period, Mandossian exhibited leadership in various local and national ADL, TCA and AGBU bodies.

He was vice president of the TCA Central Board of Trustees for many years. One of the major initiatives he spearheaded was the creation of the TCA Arshag Dickranian Armenian School in Hollywood. He continued to be involved as head of its board of trustees for several decades and presided over its expansion into a high school with a major campus.

As an indication of the intensity of his dedication to the school, he wrote in his reminiscences, “Since its establishment, Arshag Dickranian School has become my prime interest after my family.”

Mandossian was also a driving force behind the creation of the TCA Beshgeturian Center in Altadena, California, helping both secure the necessary funds from the main benefactors, Vahan and Nartoui Beshgeturian, and serving for over thirty years on its board of trustees.

Mandossian has received many honors, including the St. Sahag – St. Mesrob Medal of Honor from Catholicos of All Armenians Karekin II in 2007. Mandossian was honored by the Tekeyan Cultural Association at the Beshgeturian Center in 2018. At that event, Edmond Y. Azadian, president of the TCA Central Board, who served for many years on that board with Mandossian, and knew him as a youth in Beirut, observed that Mandossian was a man of few words, but his work spoke volumes about him and his dedication to the community.

Mandossian’s work contributed to the expansion of not only the organizations that he served, but the broader Armenian community of Los Angeles, and ultimately, the flourishing of Armenian culture and identity in the United States and the pursuit of historical justice for the Armenian people.

Funeral arrangements will be announced soon.