Without engagement from the United States, the region may be engulfed in war. 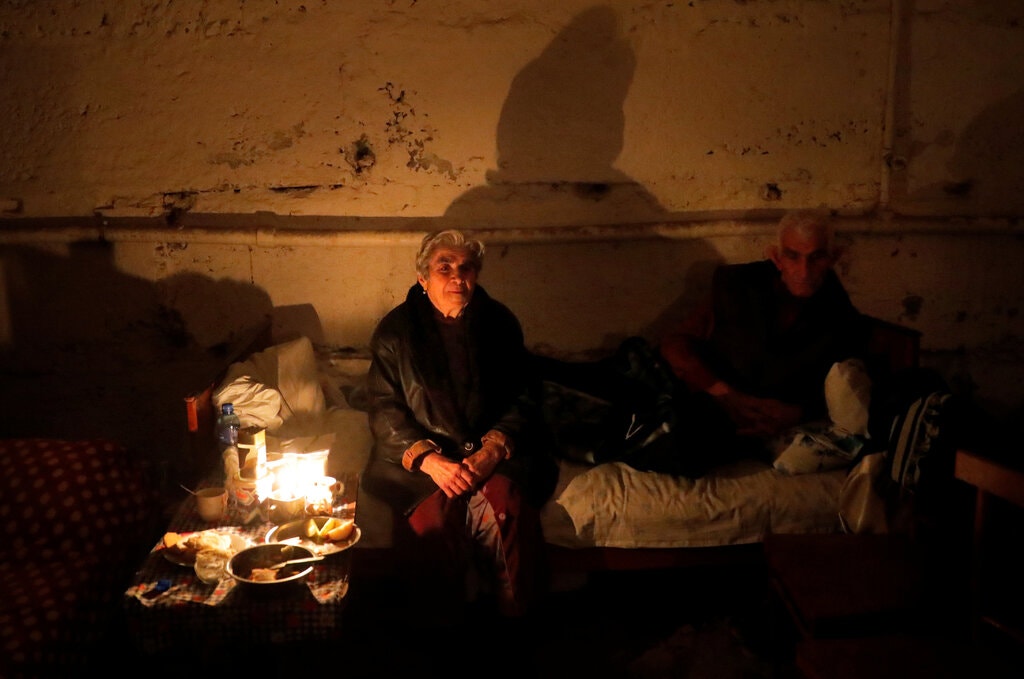 YEREVAN, Armenia — Taking shelter in a hospital basement, 19-year-old George Alexanian can hear the suicide drones buzzing overhead in the city of Stepanakert.

A few days ago, he said, one of them headed toward the hospital but was struck down before it could explode. Yet being there, he told me, is better than staying home, where every strike felt like an earthquake. His sister is a doctor, working upstairs and sleeping in the hallway because the beds are all full.

Workers hurry out of other basements for a few hours, then rush back down to shelter. Eleven days into an escalating fight between Armenia and Azerbaijan, Stepanakert is being pummeled with missiles and drone fire. One building that still stands is the home of the National Assembly of the Republic of Artsakh, a country that has never been recognized by the wider world.

Known internationally as Nagorno-Karabakh, the tiny Armenian separatist enclave in Azerbaijan is at the center of a dangerous conflict that has drawn in Turkey and Russia — and claimed hundreds of lives. Without engagement from the United States, whose attention to the region has slipped, the situation could spiral out of control.

The conflict is an unresolved leftover from the Soviet Union. In 1923, Communist rulers placed Nagorno-Karabakh and its ethnic Armenian majority within the borders of Soviet Azerbaijan, giving it special status with a high degree of self-rule. As the Soviet Union was collapsing in 1991, the region declared its own independence, setting off a war that lasted until a cease-fire in 1994. That held for 26 years, though clashes have broken out over the past four years.

This round of hostilities, which started on Sept. 27, is different. What had previously been theoretically possible but highly improbable military actions — Azerbaijani drones flying within 20 miles of Yerevan, Armenia’s capital, or an Armenian strike on a military base in Azerbaijan’s second city, Ganja — were quickly carried out. The next targets could be oil and gas facilities in Azerbaijan, or Yerevan and Azerbaijan’s capital, Baku.

The threat of mutually assured destruction was supposed to be a deterrent that kept each side in check. Now it risks becoming reality. Azerbaijan, encouraged and materially supported by Turkey, has vowed to fight until its control of Nagorno-Karabakh is assured. Armenians, for their part, have vowed to give their last drop of blood to maintain the region’s independence.

The fighting has expanded beyond anything seen in the past few decades. If it develops into an Azerbaijani attack on Armenian soil, it would be likely to bring the direct participation of Russia, which is treaty-bound to protect Armenia. At that point, with Turkey and Russia on opposing sides, the wider region could be engulfed by war.

It was the United States that once led the effort to avoid such a disaster as one of the co-chairs of the Minsk Group, the body created by the Organization for Security and Cooperation in Europe to negotiate a settlement to the conflict. After the cease-fire in 1994, the group began intense rounds of diplomacy, including the promising peace talks at Key West, Fla., in 2001, overseen by a sharp cast of American diplomats.

But America is now practically absent from the peace process. Its meeting in Geneva on Thursday with France and Russia, the other co-chairs of the group, comes after nearly two weeks of inaction. No major proposals or initiatives have emerged from the group since 2007. The United States’ interest gradually dropped away.

“They’ve been taking a step back for mostly a decade,” Stefan Meister, the head of the Heinrich Böll Foundation’s office for the South Caucasus, told me. “They have left it to Russia to solve this conflict, or at least negotiate a cease-fire.”

But the group is designed for American leadership. It reflects the power structure and political will of the 1990s, when the United States was committed to peace and development in the former Soviet Union. As Washington disengaged, it didn’t call in another country to replace it or rejigger the format. The structure stayed the same; the peace process just went quiet. Azerbaijan’s leaders have said that’s why they lost patience and moved to resolve the issue by force.

Now, with Turkey’s overt assistance on the Azerbaijani side — its drones are some of the deadliest flying over Stepanakert — few countries other than the United States stand a chance of halting the violence.

“The U.S. can act as a spur for better diplomacy,” said Salman Shaikh, an expert in conflict resolution. America still has the relationships, leverage and strategic assets needed to move the process forward. But without a strong American presence, the peace process will lack critical heft. The consequences could be grave.

Playing the world’s policeman may have proven too expensive for America’s taste and too expansive for its capabilities. But active diplomatic engagement — appointing a special envoy or assigning a senior State Department official the job — would be a relatively low-cost way for America to prevent loss of life and the devastating consequences of a regional war.

Azerbaijanis say they have the right to control all the territory within their United Nations-recognized borders and want restitution for those displaced by the 1990s war, some 600,000 people. Armenians say the inhabitants of Nagorno-Karabakh have the right to democratic self-determination. They also fear being slaughtered if they come under Azerbaijani rule.

But those arguments don’t have a chance to play out toward resolution until robust negotiations are back on track. If that doesn’t happen, the alternative is more than just two countries giving each other a bloody nose. It is a fearsome regional conflict that would do irrevocable damage to the world.

Lara Setrakian (@Lara) is a journalist and the chief executive of News Deeply.