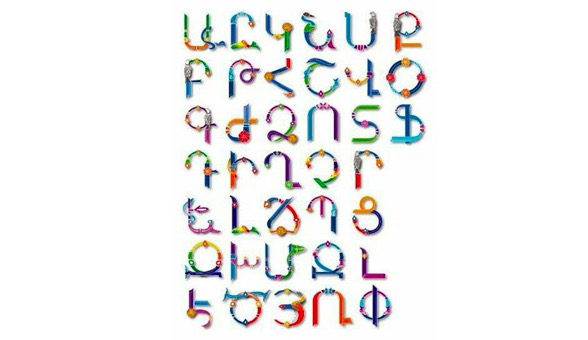 “The Armenian Language Unites Us”

This new Project has as its main objective the dissemination of the Armenian language and the enlargement of the Armenian speakers’ circle.  “The Armenian Language Unites Us” is oriented in many directions. The first proposal is the teaching of Eastern Armenian or Western Armenian at elementary level by Miss Flora Akchjerlian in two weekly meetings, starting in March.

The third proposal is special online classes designed around topics related to the Armenian identity. The first one will deal with “The Traditions of Armenian Easter Celebration” by Sergio Kniasian. It is free of charge, date and time to be confirmed.

For those who wish to improve and practice the Armenian language, the fourth proposal centers on  varied outings and excursions to museums, exhibitions, cultural and historical sites, all of them situated in the city center or the outskirts of Buenos Aires -taking into account the protocols for the COVID-19. Its main objective is the communicative interaction among participants in a cultural environment.

The final proposal of the Project “The Armenian Language Unites Us”connects the different Armenian communities in Argentina, by means of intensive two or three days seminars. This activity will be also subject to protocols designed by the Ministry of Heath for COVID-19.

The last two proposals are open to all speakers of Armenian, no matter their level of knowledge. Dates and places will be announced in advance. Registration is required.

“The Armenian Language Unites Us” counts with the auspice of the Ministry of Education, Science, Culture and Sports of Armenia, the Armenian Embassy to Argentina, the Armenian Center of the Argentine Republic and Tekeyan Cultural Association.

In 1971, Doctor Rosa Majian became the founder of the Chair “Armenia” at John F. Kennedy University in Buenos Aires with the purpose of making known the rich heritage of the Armenian language and culture. Since 2016, professor Diana Dergarabetian has been Chair and thanks to her management and with the support of the Armenian Embassy to Argentina, in September 2020 a cooperation agreement was signed between John F. Kennedy University and the National Polytechnic University of Armenia.

By means of the project “The Armenian Language Unites Us”, the Chair “Armenia” focus on the learning, the dissemination, use and circulation of the Armenian language and culture so as to keep it alive in the South American  communities.

For more details and registration, please send an e-mail to:  ddergarabetian@gmail.com or communicate by Whatsapp 54911-41409510.