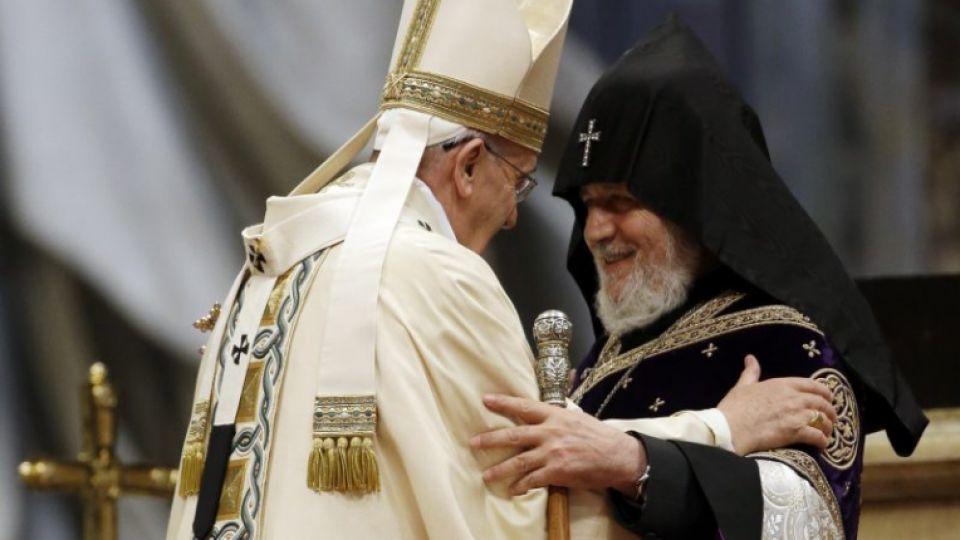 His Holiness Karekin II, Supreme Patriarch and Catholicos of All Armenians, wished a speedy recovery to His Holiness Pope Francis, who underwent surgery a few days ago.

Conveying his fraternal love and greetings to Pope Francis, His Holiness asked the Heavenly Lord to keep and preserve the Pope, granting him many effective years on the throne.

Pope Francis has undergone successful surgery to treat a colon problem at a hospital in Rome.

The 84-year-old “responded well” to the treatment, which was performed under general anaesthetic, Vatican spokesman Matteo Bruni said.

It is the first time Pope Francis has been admitted to hospital since his election in 2013.