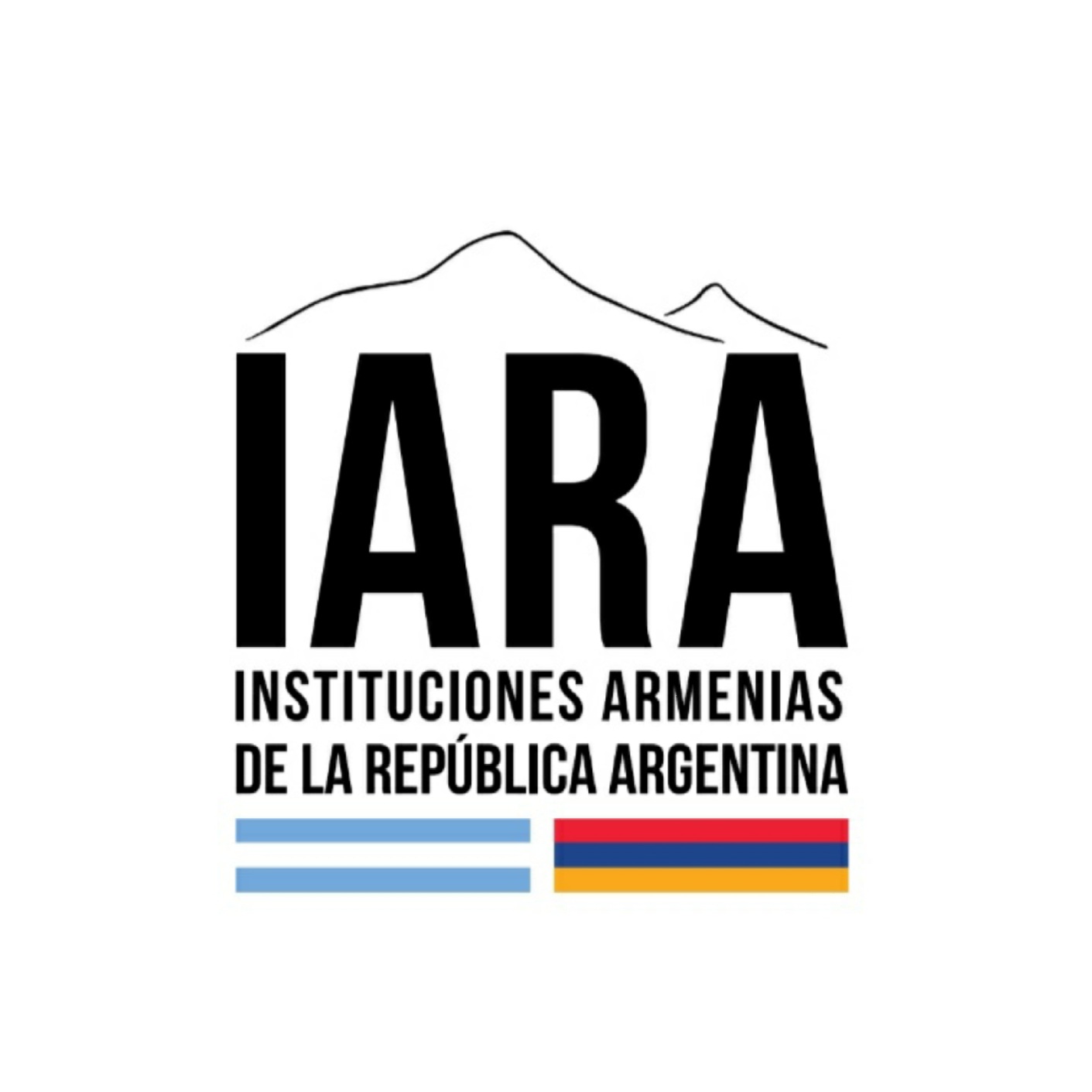 In 1945, after the horror that World War II meant for humanity, all independent countries united in a desire for peace and agreed, beyond their logical historical, cultural and interest differences, to form a global international body with that primary objective.  This is how it is expressed in the first article of the brand new Charter of the United Nations, which states that its purpose is to “Maintain international peace and security, and to that end: take effective collective measures to prevent and eliminate threats to peace, and to  suppress acts of aggression or other breaches of the peace;  and to achieve by peaceful means, and in accordance with the principles of justice and international law, the adjustment or settlement of controversies or international situations that may lead to breaches of the peace ”.

This year 2020, the UN celebrates its 75th anniversary at a time when the world is going through major upheavals, exacerbated by an unprecedented global health crisis that has serious economic and social repercussions.  Within the framework of the corresponding commemorations, the General Secretariat of the organization has stated that “it should be a year of dialogue, in which, as a human family, we meet to talk about our priorities and how to build a better future for  everybody".

Circumstances have made it a particularly challenging year for humanity.  It is such a serious moment that from Pope Francis to the vast majority of religious and intellectual leaders in the world, they have raised the need to join forces and put aside violent conflicts, in the face of a pandemic that has not distinguished borders, nationalities nor social classes.  The Secretary General of the United Nations, Antonio Guterres, put it vehemently on March 23 of this year: “The aggressiveness of the virus illustrates the madness of war.  That is why today I call for an immediate global ceasefire in all corners of the world.  It is time to ‘lock up’ armed conflicts, suspend them and focus together on the true struggle of our lives (…) Silence the weapons; stop the artillery; put an end to air strikes, "he urged.  Many heard it in Libya, Yemen or Syria.  But his words, however, seem not to have reached the ears of the Azerbaijani government, which already last July launched an artillery attack against Armenian border positions.

Unfortunately, that July episode was only the prelude to a human tragedy unleashed after the baseless and premeditated attack by the Azerbaijani Armed Forces on the Republic of Artsakh on September 27.  It is with deep sorrow that we note that unresolved conflicts in various parts of the world have been unjustifiably added to the reestablishment of violence in the South Caucasus region, which is hitting, once again, all Armenians in the world, with its sequel to thousands of  victims and large numbers of displaced civilians, surviving in precarious conditions, far from what should be the minimum necessary precautions in a context of pandemic.

As the governments of the Republic of Armenia and the Republic of Artsakh have denounced, there are two fundamental triggers for this conflict.  In the first place, the armament, warmongering and totalitarian attitude of the Azerbaijani government, which considers that Artsakh is only a territory to be conquered, ignoring or worse still trying to eliminate an indigenous population that has lived there for thousands of years and has exercised their right  to self-determination in accordance with International Law and the constitutional framework in which it was at the time of declaring its independence, as did the Armenian and Azerbaijani peoples.  Second, Turkey's partiality and expansionist zeal, which continues to systematically develop the anti-Armenian policy that has always characterized it, to the point of not even recognizing the genocide of 1,500,000 Armenians between 1915 and 1923.

Armenia has had no motive or reason to start a war.  Why expose your own civilian population?  Her position has always been to maintain peace and continue peaceful negotiations within the framework of the Minsk Group of the Organization for European Security and Cooperation, until a definitive resolution of this conflict is found.  Consequently, one of the three principles agreed upon in the framework of the Minsk negotiations, which is not to threaten or use force, has been absolutely violated.

We are aware of the concern of the United Nations to promote and demand respect for International Humanitarian Law, which is particularly affected in this regrettable conflict.

Let us recall that on October 18, the Secretary General of the United Nations condemned the attacks on the populated areas in the Nagorno-Karabakh conflict zone and its surroundings, and stated that “under International Humanitarian Law, both parties have the obligation to  constantly ensure the preservation and protection of civilians and civilian infrastructure during the conduct of military operations ”.

More recently, on November 2, the United Nations High Commissioner for Human Rights expressed in a statement her concern about the continuing indiscriminate attacks on populated areas in and around the Nagorno-Karabakh conflict zone.  Among other considerations, Ms. Michelle Bachelet also expressed concern about videos showing actions that qualify as war crimes.  "Although many false images circulate on social media, detailed media investigations into videos that appeared to show Azerbaijani troops summarily executing two captured Armenians in military uniforms revealed compelling and deeply disturbing information," he warned.  And she recalled that, according to International Humanitarian Law, the deliberate murder of people under protection is "a serious violation of the Geneva Conventions and, therefore, a war crime."

For its part, the UN Working Group on the Use of Mercenaries has expressed concern about widespread reports that the Azerbaijani government, with the help of Turkey, used Syrian fighters, motivated by monetary gain, to prop up and  maintain its military operations in the Nagorno-Karabakh conflict zone, including on the front lines.

Finally, international organizations have also spoken out against the serious violations of conventional and customary norms applicable in armed conflicts for the preservation of cultural heritage, given the deliberate attacks against temples, monuments and museums that bear witness to the incredible cultural wealth of  the region.  One of the most significant events was the double Azeri bombardment of the historic Ghazanchetsots Cathedral in Shushí.

But make no mistake.  Many women and many men throughout the world wonder how effective an organization like the UN is if it cannot prevent or stop conflicts that affect, above all, civilian populations that only want to live in peace, in their ancestral territories, and according to their values and cultural guidelines.  If 150,000 inhabitants of the Nagorno Karabagh region, today the Republic of Artsakh, cannot peacefully exercise their rights, and if this is aggravated because the Turkish expansionist policy represents a danger to regional peace and security and who knows global, it means that  the organized international community is still a long way from fully fulfilling that magnificent purpose foreseen at the top of its Magna Carta.

No consolation can even be found in the partial outcome of the conflict in these days.  The ceasefire imposed as of November 10 is based on the military positions where the parties were located, which implies recognizing to Azerbaijan possessions obtained by force in violation of the previous agreements reached under the auspices of the Minsk Group.  The investigation of the numerous complaints of violations of International Humanitarian Law or of the war crimes perpetrated in the 45 days of the armed conflict is not guaranteed.  And not a word is said about the future status of Artsakh that would at least allow her decimated population to hope that such a current loss will serve a future of peace, freedom and prosperity.

We know that the UN Secretary General welcomed the agreement on the cessation of hostilities, but also added that it is essential that all parties respect International Humanitarian Law and human rights.

In this sense, the provisions of the UN Convention on the Prevention and Punishment of the Crime of Genocide (adopted by resolution 260 of the General Assembly of December 9, 1948), which represses the direct and public instigation of  commit genocide, as well as his attempt and complicity.  Recent statements by the presidents of Turkey Erdogan and Azerbaijan Aliyev, who explicitly speak of ending the Armenians, should be taken seriously into account by the international bodies that must promote compliance with the Convention.  Otherwise, there will be no true peace in the region but we will be witnessing one more step in a macabre plan of ethnic cleansing.

For all these reasons, as representatives of the Institutions of the Armenian Community, and accompanied by thousands of people not only from our community but from all the communities and sectors that make up the Argentine citizenry, we require that the pertinent organs of the United Nations assume the commitment  It is imperative and unavoidable to carry out all the necessary actions to not only guarantee that the humanitarian disaster that has been perpetrated in the Nagorno Karabagh region, from the unfounded and premeditated attack of the Armed Forces of Azerbaijan on the Republic of Artsakh  September 27, but also to ensure that the native Armenian population of the region can freely exercise their right to live in peace.

To do this, specifically, it is necessary:
- That the declared ceasefire does not become a guarantee of impunity for the aggressors, Azerbaijan and Turkey.  The international community must not passively accept that geopolitical objectives can be achieved through the use of force, disregarding international law.
- Guarantee the security of the civilian populations of the region, as an urgent and immediate obligation.
- Strongly condemn attacks against civilian populations and, what is even more serious, the use of white phosphorus for incendiary purposes, prohibited by Protocol III of the Chemical Weapons Convention, and cluster bombs that cause human damage comparable to those of  antipersonnel mines.  These projectiles are prohibited by the 2008 Oslo Convention on Cluster Munitions due to their indiscriminate and disproportionate lethality.  The investigation and eventual prosecution of these aberrant facts should be an obligation to be assumed by the competent international organizations.
- That the competent international bodies and courts investigate and judge whether acts have been committed that involve any of the assumptions provided for in the Convention for the Prevention and Punishment of the Crime of Genocide.
- That the High Commissioner of the United Nations Organization for Refugees (UNHCR) effectively control the return of displaced persons and refugees to their areas of origin, ensuring their safety and tranquility.
- Demand the urgent intervention of UNESCO for the preservation of the Armenian Historical Heritage in Artsakh, and investigate and punish the violations of the 1954 Hague Convention for the protection of cultural property in the event of armed conflict and complementary international norms.
- To guarantee these commitments, and beyond the preliminary provisions in the tripartite agreement of November 9, constitute a peacekeeping mission under the mandate of the UN so that the armistice is definitely observed and full respect for International Humanitarian Law.
- Finally, it is necessary to renew the mandate given by the UN Security Council to the Minsk Group, so that it urgently undertakes to find a definitive solution to this painful conflict, with full respect for the principles of International Law that govern  the peaceful coexistence between countries, and that allows the people of Artsaj to live in peace and freedom in their territory.