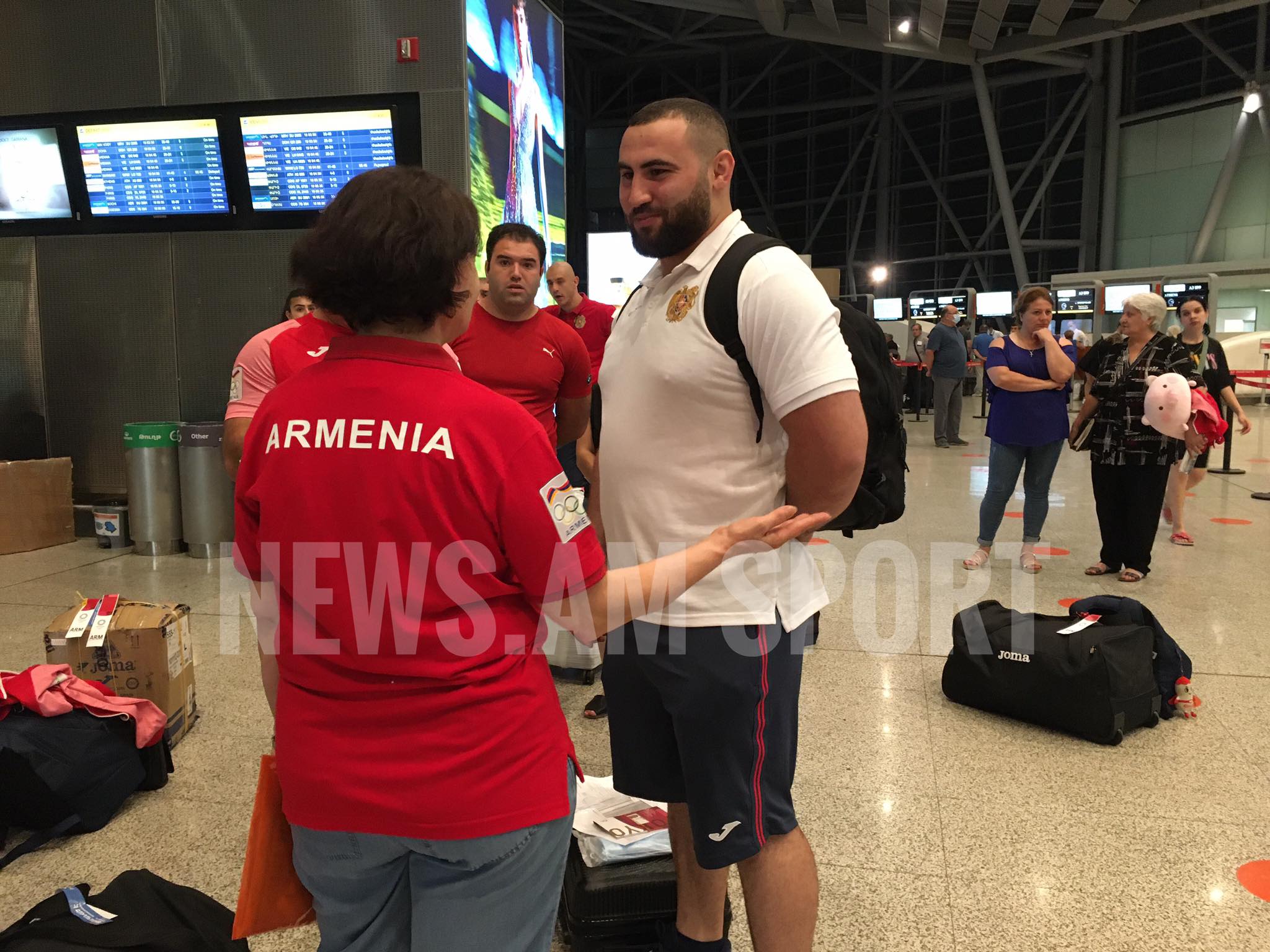 On early Monday morning, Armenia’s Olympic silver medalist Simon Martirosyan, as well as European champions Artur Davtyan, Ferdinand Karapetyan, Hovhannes Bachkov, and a number of other athletes have left for Tokyo where they will compete at the 32nd Summer Olympics, the NEWS.am Sport correspondent reported.

At 4:45am, the second group of the Armenian delegation headed for this year’s Olympic capital—and via the Yerevan-Vienna-Tokyo flights.

The Armenian national teams’ head coaches and these athletes’ personal trainers are accompanying these Olympians to Tokyo.

They will arrive in the Japanese capital on Tuesday.

Only, shooter Elmira Karapetyan from the 17-athlete Armenian Olympic team has arrived so far in Tokyo.

There are four days left until the start of the 32nd Summer Olympics.