Diáspora
French Mayor Attacked by Group of Azeris, Threatening & Intimidating Her To Take Down Artsakh Flag. 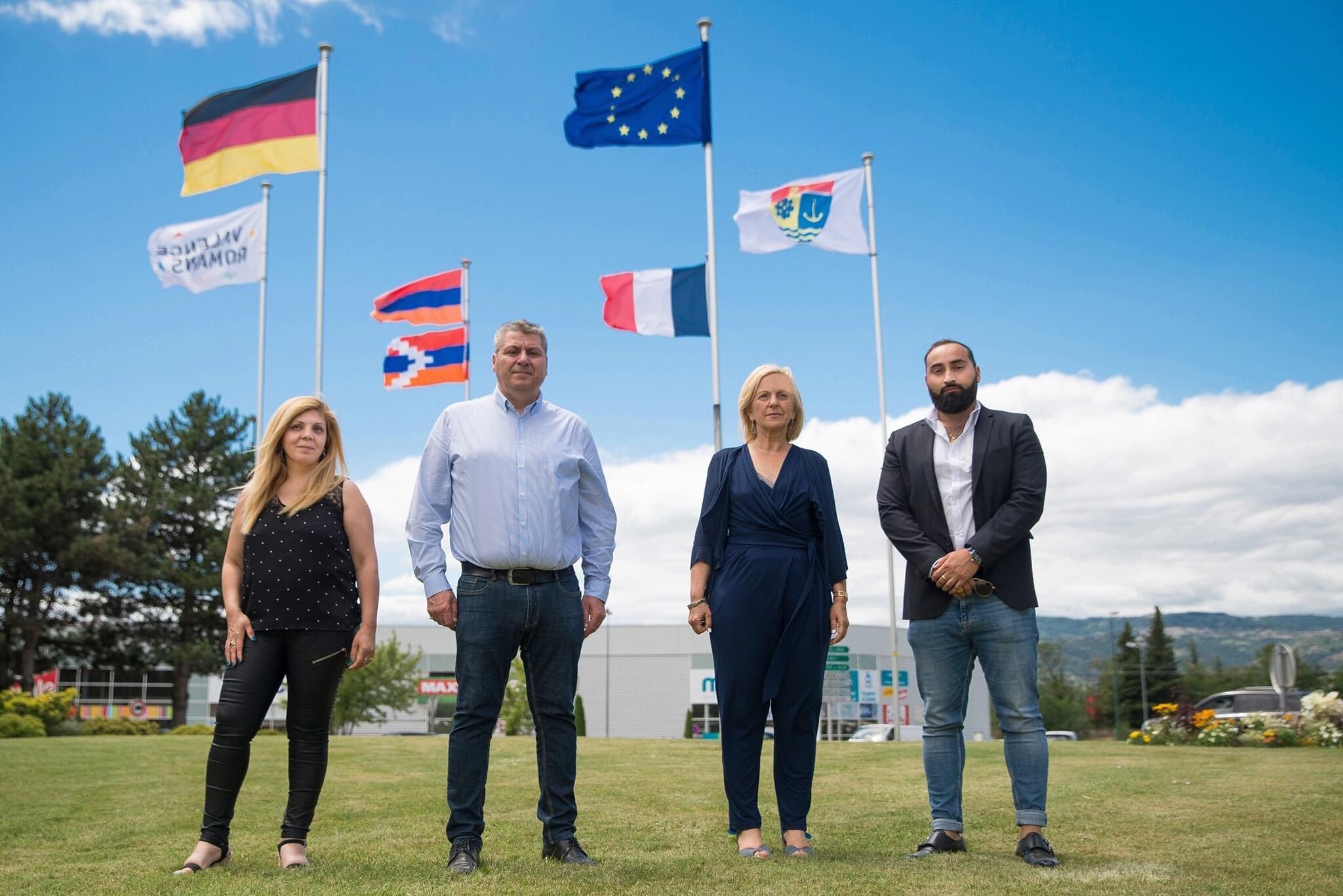 A Facebook post written by the mayor of Bourg-les-Valence, Marlene Mourier reads, “Enough is enough! In Bourg-lès-Valence, we have no lessons to learn from Azerbaijan, a “petro-dictatorship” ranked 168 out of 180 by Reporters Without Borders.

When it comes to threats and intimidation against me, Azerbaijan is at its best.

After putting me on a blacklist in 2014, then sending me a bailiff in my town hall in 2016 to demand that I put an end to all friendly relations with the inhabitants of the city of Shushi in Artsakh, it is in 2018 that I had to face a lawsuit brought by the state of Azerbaijan before the administrative court with the aim of invalidating the friendship charter that I signed on October 5, 2014 with Shushi, a historical capital of Artsakh.

I want to make it clear that having appealed a first judgment, our friendship charter challenged by Baku remains valid in law and no one can prejudge the final decision of the Council of State.

Today I am once again the subject of threats and intimidation to which I will not give in, let alone the dictator in Baku or even his allies in Turkey.

Indeed, three Azeri henchmen came to town hall on August 25 to order me to withdraw within the hour the Artsakh flag which flies alongside the flags of our twin cities with which we maintain friendship links.

Fifteen minutes later all doubt was removed from these tourists by a call from an official of the Azerbaijani Embassy in Paris, Mr. FS on the private cell phone of my deputy trying to intimidate him and for the flag of ‘Artsakh be withdrawn immediately. “This is unacceptable!”’

Azerbaijan, Aliyev and his associates must come to terms with the idea that friendship cannot be decreed or annulled and that Bourcans have esteem and consideration for the inhabitants of Shushi and for the people of Artsakh, in general.

Since when has a foreign state, like the dictatorship of Azerbaijan, allowed itself to interfere in the functioning of our French local communities as well as the judicial apparatus? It must stop without delay!

Bourg-lès-Valence is not a land of conquest but a land of resistance. Free for Bourcains to choose their friends. And it is not the anonymous email received in town hall or even the registered letter from the law firm Olivier Pardo, counsel for the Republic of Azerbaijan in France, that can shake our convictions, on the contrary.

Today, faced with the failure of their unfounded demands, it is to the Prefect of Drôme that they are trying to defer their pressure. I say it bluntly and forcefully: these measures of intimidation on the part of a foreign state on the territory of the Republic must stop! We are in France, not in Azerbaijan! That says a lot about the methods of a repressive regime that wants to quell any dissent.

Here in France, in Bourg-lès-Valence, displaying the Artsakh flag is an act of solidarity with a people that Azerbaijan threatens daily with annihilation, demonstrating to the world that its only stated ambition is to complete the genocide of the Armenians of 1915 whose executors of yesterday are their allies today.

In view of these events, I invite each of you to wonder about the rule of law in our country where a dictatorship can instrument our justice and our institutions while trying to put pressure on the elected officials that we are.

No, neither Bourg-lès-Valence, nor its mayor, Marlène Mourier, will be under the orders of the Baku dictatorship!

The Editor, from Zartonk Media