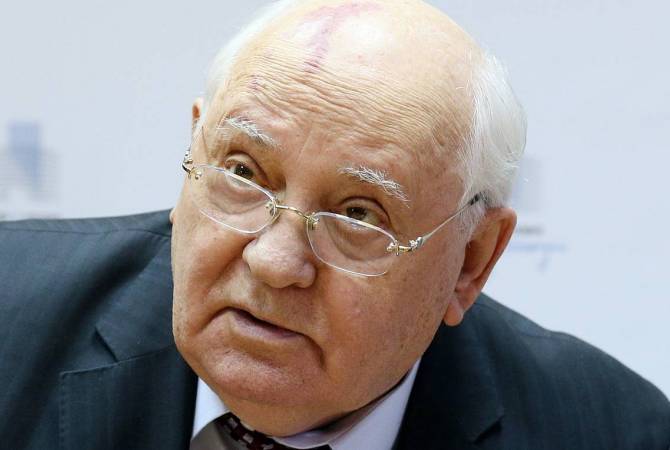 ARMENPRESS. The former Soviet leader Mikhail Gorbachev has spoken out about the Nagorno Karabakh conflict, expressing hope that Russia will be able to assist in reaching a resolution.

“It’s a very difficult issue,” Gorbachev told RIA Novosti in an interview. “It’s an old issue with roots going into the past. When it started, we tried to help the two republics, the two nations, in finding a solution.”

Gorbachev, who ruled the Soviet Union when the Karabakh conflict began, said that now, when the military actions are halted, the conflict should not be left unresolved for another decade and further efforts should be made towards a resolution.

“I am hopeful that Russia will be able to assist, but the parties to the conflict have the primary role. Armenia and Azerbaijan have assumed obligations to hold talks in the direction of resolving this conflict. A resolution must meet the interests of both sides, without winners and losers,” Gorbachev said.