YEREVAN — The 28th Vahan Tekeyan Awards ceremony of the Tekeyan Cultural Association (TCA) of Armenia, supported by the Shake Tekeyan-Ghazarian Fund of the TCA of the United States and Canada, took place on September 23 at the Tekeyan Center on Khanjyan Street. These annual awards, the first of which took place in 1991, recognize and encourage the best work in various fields of Armenian culture. This year there were 75 applicants for the seven categories of awards, literature, Armenology, drama, visual arts, sculpture, journalism, and fine art photography. 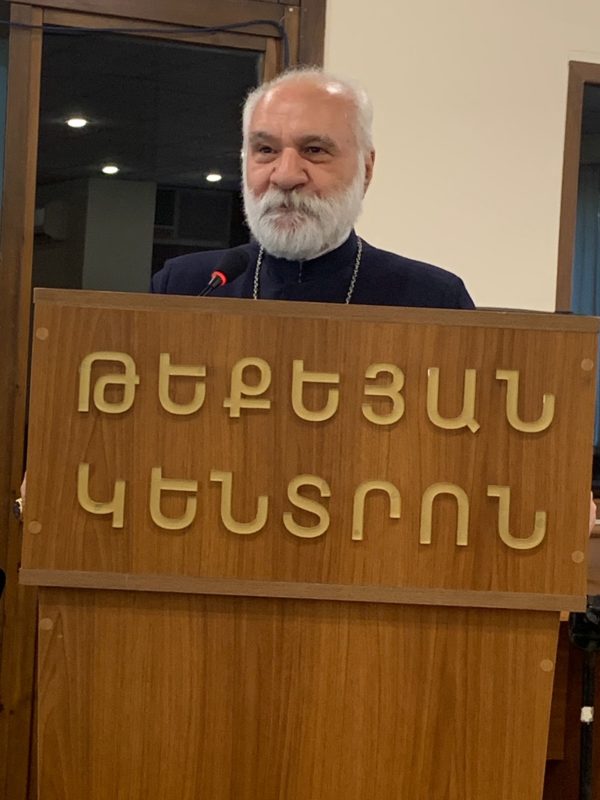 Archbishop Natan Hovhannisyan opened the event with his blessing and remarked that in these difficult times, it was cheering to be able to have such uplifting occasions. He hoped the talented recipients would be able to continue to create for the future. His words were followed by a minute of silence for our fallen soldiers.

Prior to the Tekeyan Awards ceremony, special lifetime achievement awards in the form of the Diamond-Studded Ararat Medal were bestowed upon scientist and Armenian Academician Edvard Ghazaryan and to famous jazz musician and Armenian People’s Artist Levon Malkhasyan (“Malkhas”). The latter performed an impromptu piece to the delight of the audience. 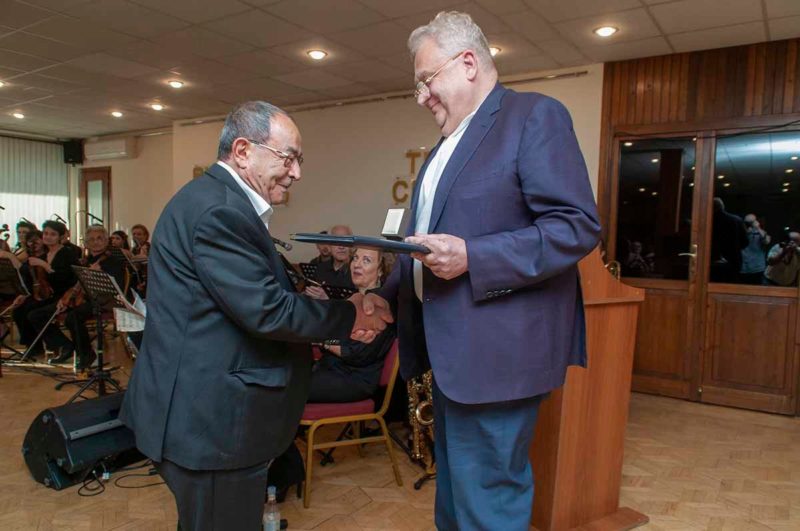 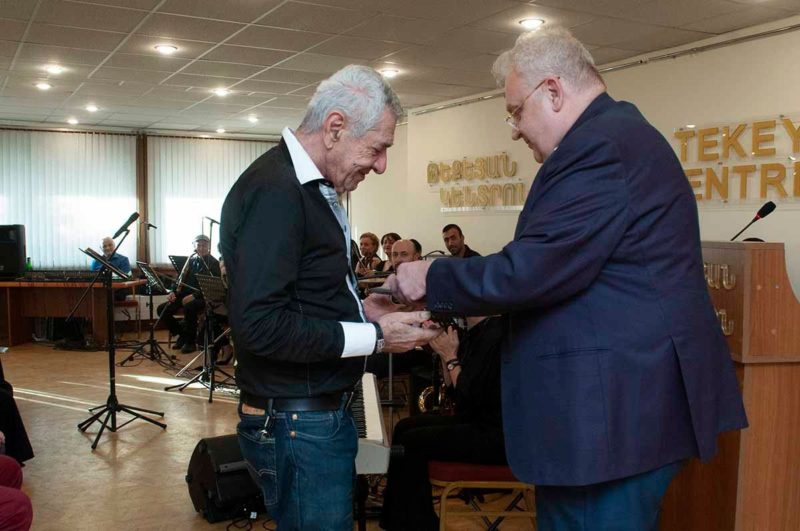 Professor Rouben Mirzakhanyan, president of the TCA of Armenia, congratulated this year’s Tekeyan awardees and thanked the presidents of the various awards committees for their unbiased work in choosing this year’s award recipients. He noted that cumulatively over 100 awards have been given out to artists and scholars by now.

The Central Board of the TCA of the US and Canada was represented in person by its president, Edmond Y. Azadian, who is also a corresponding member of the Academy of Sciences of the Republic of Armenia, and Central Board member Arto Manoukian of Montreal. 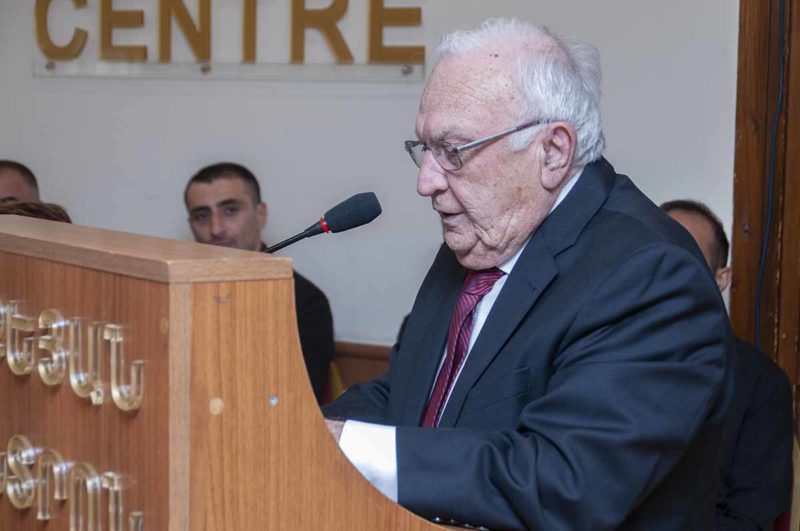 Azadian, serving as the chairman of the literature committee, gave Feliks Bakhchinyan the Vahan Tekeyan award for literature in honor of his novel Verjin mankutyun [Last Childhood]. Azadian declared that it was very difficult to chose the best among books of equivalent value. He said, “Despite all the extant difficulties, the field of literature in Armenia is very fertile. We have figures who work at the level of international literature.” He added that the winning novel is distinguished by its appealing narrative language. 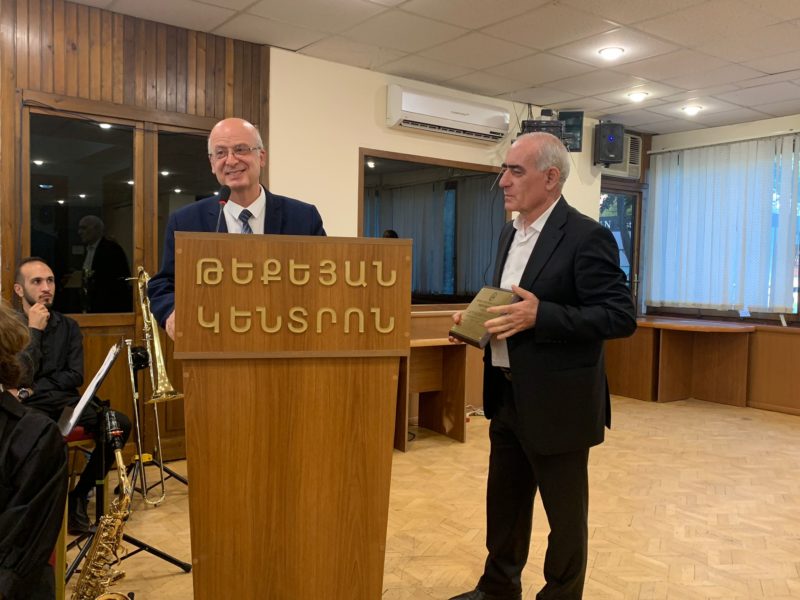 Lalik Khachatryan, a doctor of philology and professor at the Abovyan Armenian State Pedagogical University, was the winner of the Armenology category for the work Lezvabanakan terminneri usumnakan bararan [Educational Dictionary of Linguistic Terms]. Armenology committee head Davit Gyurjinyan, candidate in philology, said that the selection process took into account Khachatryan’s prolific academic and pedagogical work. 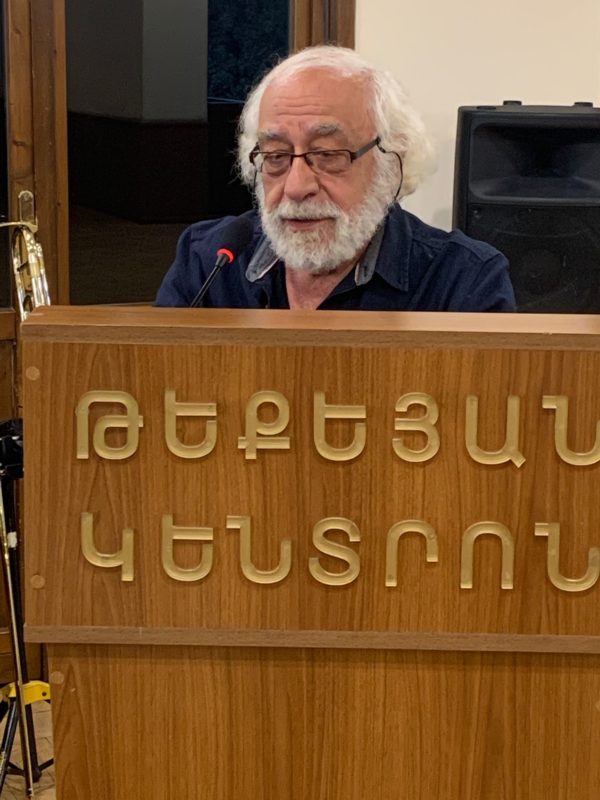 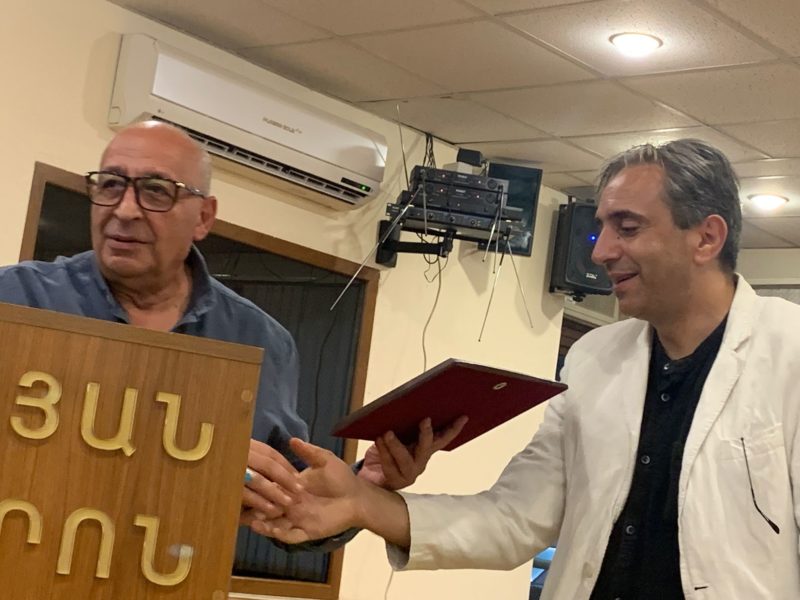 In the field of drama, the winner was the Forma Pantomime Theater for its presentation of the play “Vay-vay,” while People’s Artist of the Republic of Armenia Aram Isabekyan was the winner in the field of visual arts with his work “Tpavorutyun” [Impression]. Ashot Baghdasaryan won in the field of sculpture for his series Atorner [Chairs]. Anna Grigoryan’s series Kaghakayin grafik [City Schedule] won in the category of fine arts photography.