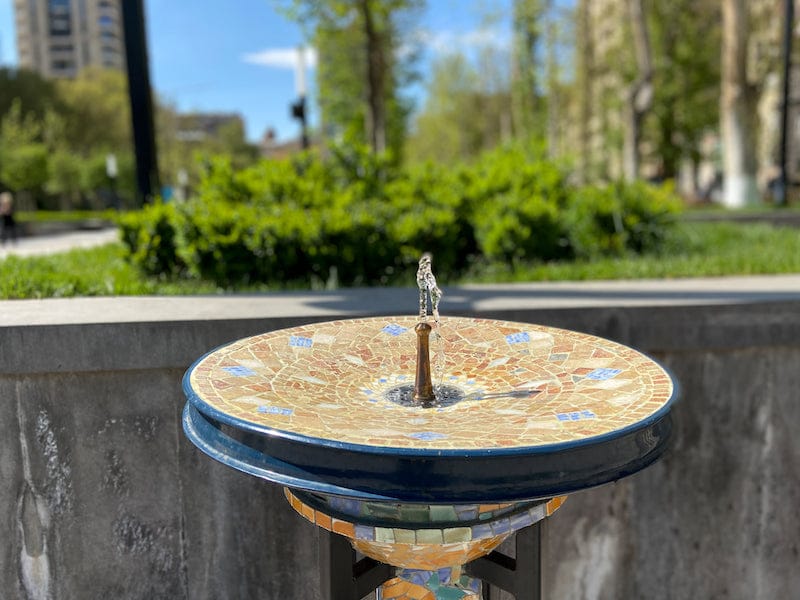 The element also offers a mode of transportation amongst many other things for those nations that have access to seas, lakes, rivers, and more! 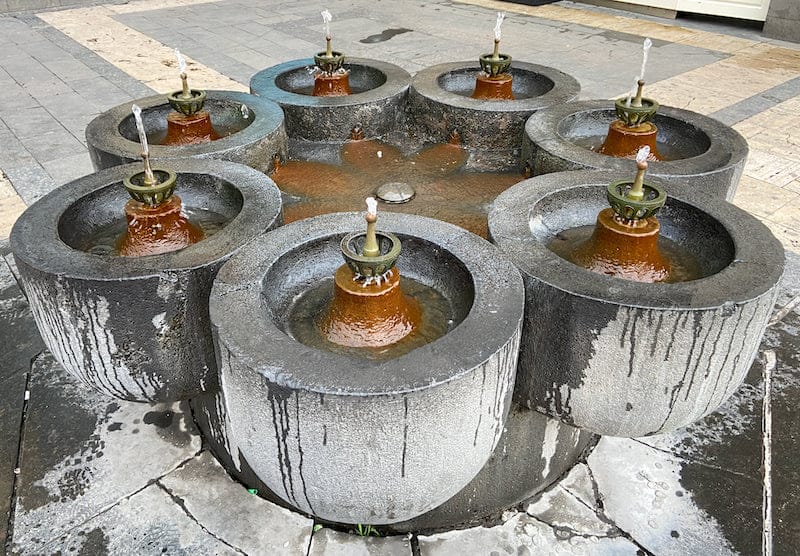 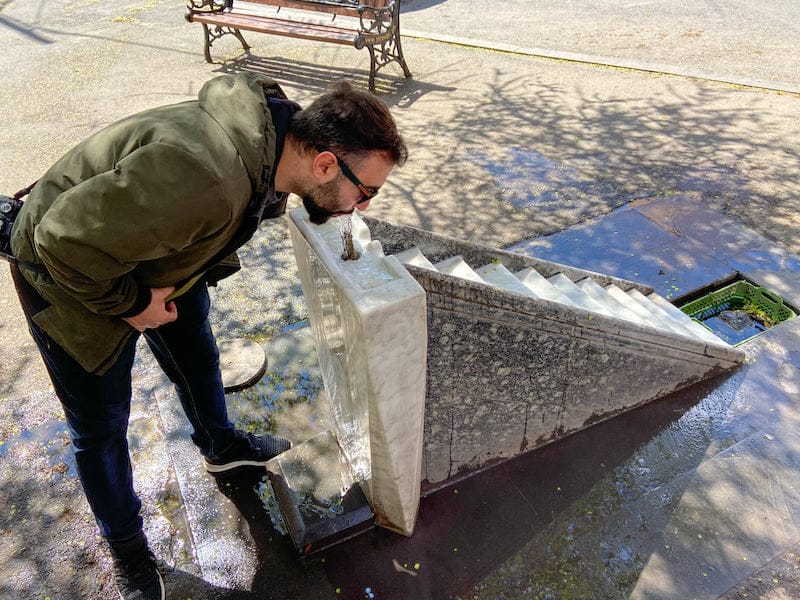 Armenia is one of the lucky countries that has an abundance of pure and fresh drinking water that is always available to its inhabitants and we have several traditions, myths, and history behind water and its important to Armenia.

This article details one of the most fantastic ways to drink water in Armenia. It is free. It is clean. And they are ubiquitous. It is the pulpulak, an Armenian water fountain.

Usually built with or in stone and approximately one meter tall, the typical Armenian water fountain usually provides cold mountain spring water in Yerevan and throughout the rest of the country. 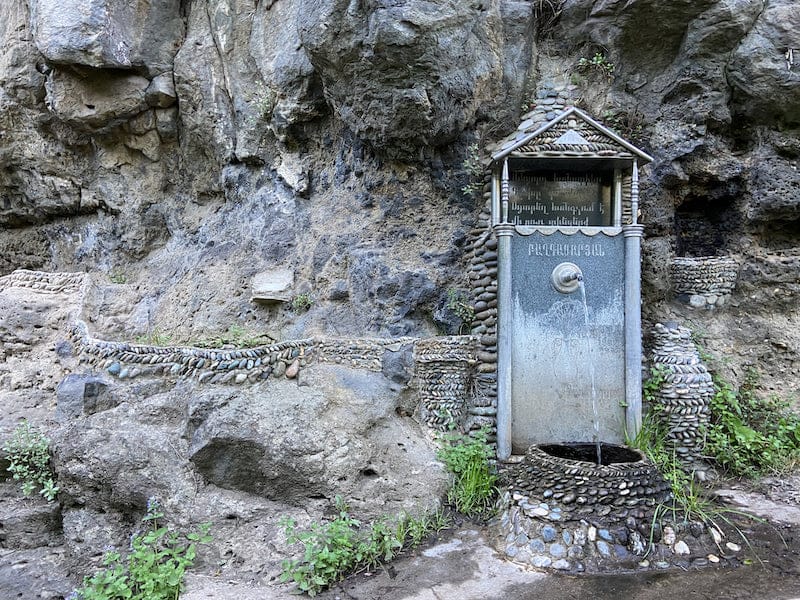 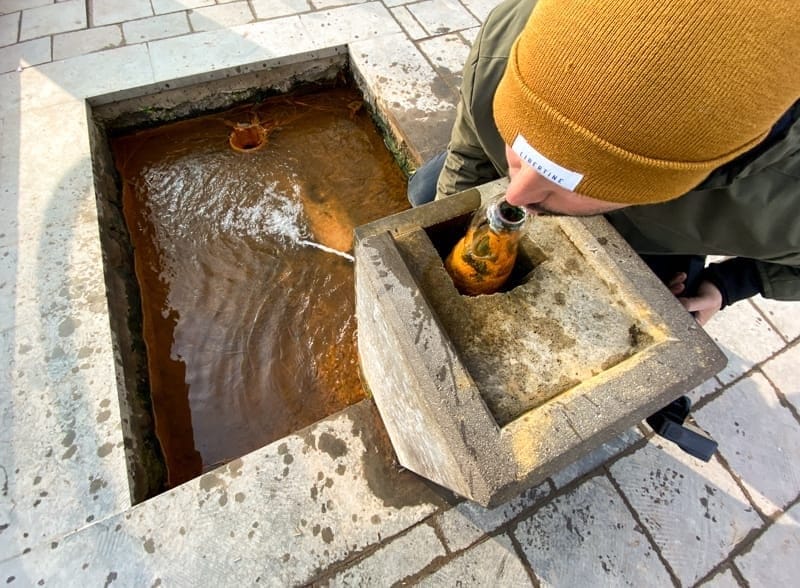 It is called a Pulpulak which relates to the murmuring of water from the water source. Pulpulak is a source of pride in Armenia and are unique to anything you’ll find anywhere else in the world.

They are so unique and special that when we have asked travelers who have traveled to Armenia what they like most or something that they will remember, they almost always mention the pulpulaks.

You will find pulpulaks in Yerevan around the main sights like Republic Square and the Cascades and you will also find them in remote areas of the country like on the side of the road or along the Kurtan Gorge… among many other  beautiful places throughout Armenia. 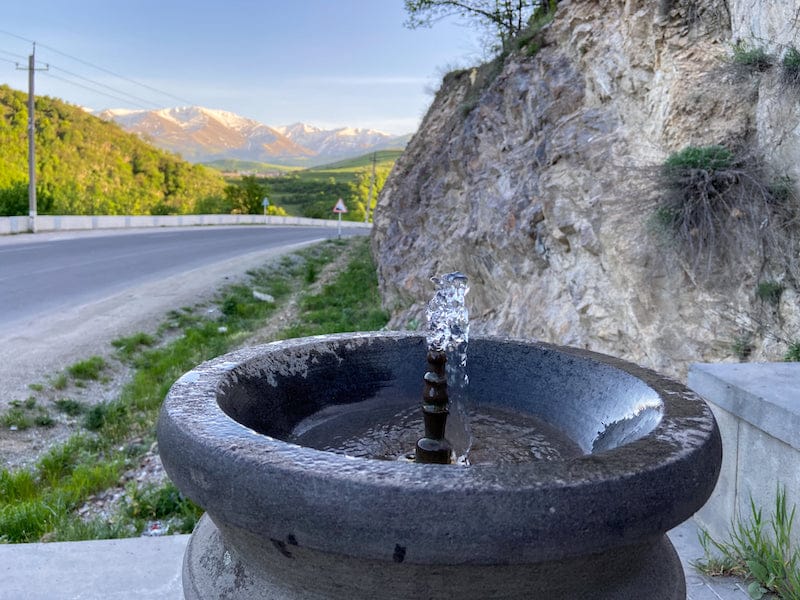 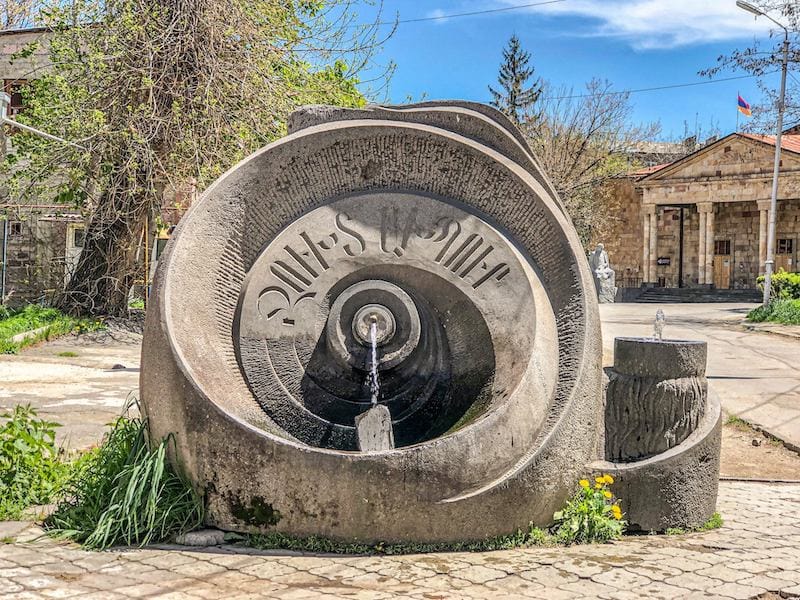 Pulpulaks are almost everywhere in Armenia and only 30 years ago, it was very strange for Armenians to understand the idea of “buying water” because water is something that has always been ever-flowing and free in the country.

Pulpulaks became more popular at the beginning of the 20th-century when society took to its ancestors and started to install them and celebrate the gift of water.

The fountains don’t solely have a mission to supply water to the residents but they are also built to honor someone who passed or did something remarkable.

When you see these pulpulaks, you often have to bow down to sip the water and it is a way of paying respects to the deceased person.

History of Water and Vardavar in Armenia

Just like many other ancient civilizations that still exist today, Armenia had a Pagan period and many gods and goddesses.

The goddess of the water and sea was Tsovinar, also known as Nar which means “daughter of the seas”. Some sources state that the goddess of water was Astghik.

But, one thing that was for certain is that the Pagan Armenian kings and queens, as well as the people, worshipped these gods and goddesses and asked them to bring water.

When Armenia became the first Christian nation in the world, it continued to celebrate some Pagan traditions, including Vardavar, which dates back to ancient times. 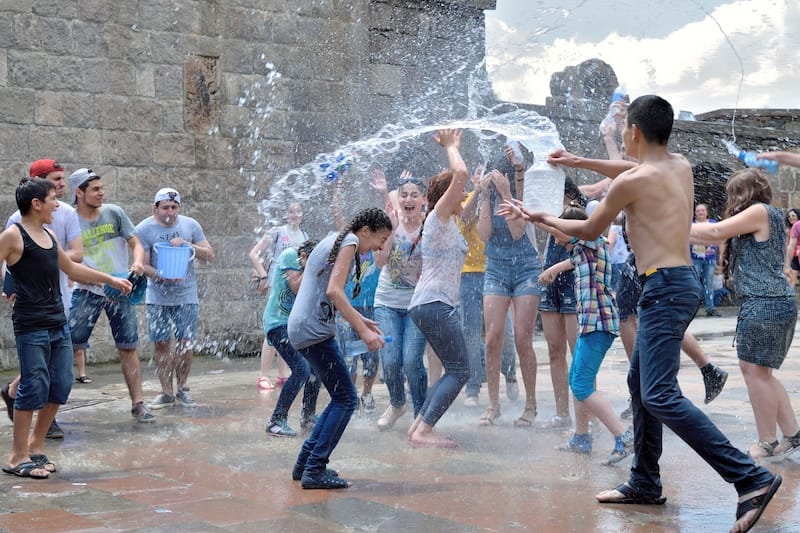 Vardavar is a summer celebration festival day when everyone in Armenia splashes water on each other. There is no age limit to participate and it is one of the wildest days of the year! It takes place during the first few weeks of July.

If you’re visiting Armenia and want an unforgettable experience, opt to travel during that time! But, you can find pulpulaks at any time of the year.