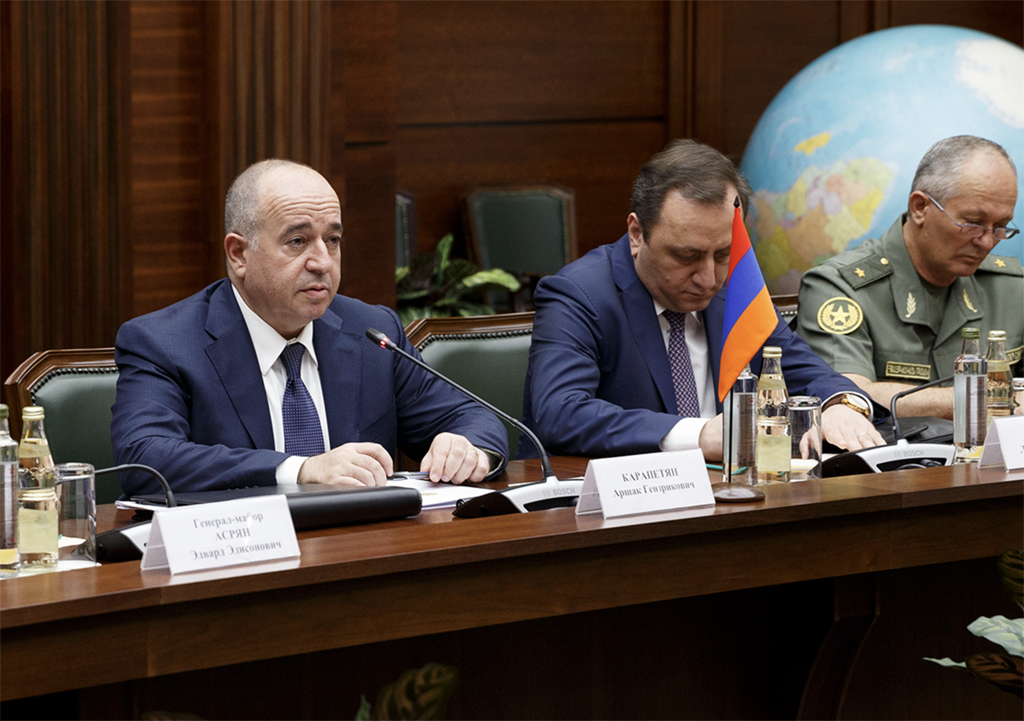 Armenia will not tolerate occupation of its border regions, Defense Minister Arshak Karapetyan said at a meeting with his Russian counterparty Sergei Shoigy in Moscow.

Karapetyan stressed that the Republic of Armenia remains committed to the establishment of lasting peace in the region, to the continuation of negotiations in that direction, but at the same time, will not tolerate the occupation of its border regions, will take all necessary steps to restore territorial integrity.

Taking the opportunity, the Armenian Minister of Defense expressed gratitude for the peacekeeping mission in Nagorno Karabakh, noting that with the efforts of the Russian peacekeepers the peaceful life in Nagorno Karabakh has been restored, the uninterrupted connection with the Republic of Armenia is ensured.

The Minister of Defense stressed the inadmissibility of periodic provocations and violations of the ceasefire regime by the Azerbaijani side in the area of ​​responsibility of the peacekeepers, citing as an example the use of a strike drone registered today.

Arshak Karapetyan also referred to the intensive reforms being carried out in the field of defense and thanked his counterpart for the comprehensive support provided in this direction. The Minister emphasized that the Armenian-Russian military-political relations are moving to an unprecedented high level.

The defense ministers of the two countries reached a number of important agreements on the forthcoming cooperation programs.