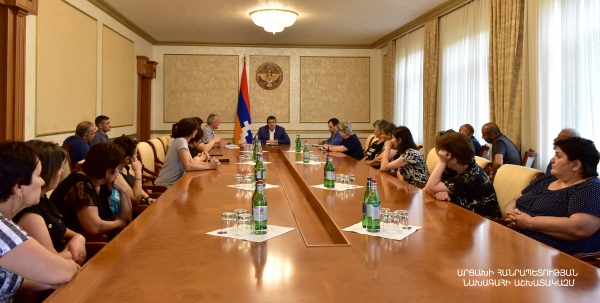 On June 29 President of the Artsakh Republic Arayik Harutyunyan received a group of relatives of servicemen missing during the 44-day war.

The head of state informed the participants about the progress of the search work carried out in this direction through various channels and about the obstacles and problems created by the Azerbaijani side in connection with them.

''The issue of returning POW's and clarifying the fate of missing compatriots remains the number one issue on the agenda of the Artsakh authorities, and all means are used to achieve a positive shift, in this direction'', assured the President.