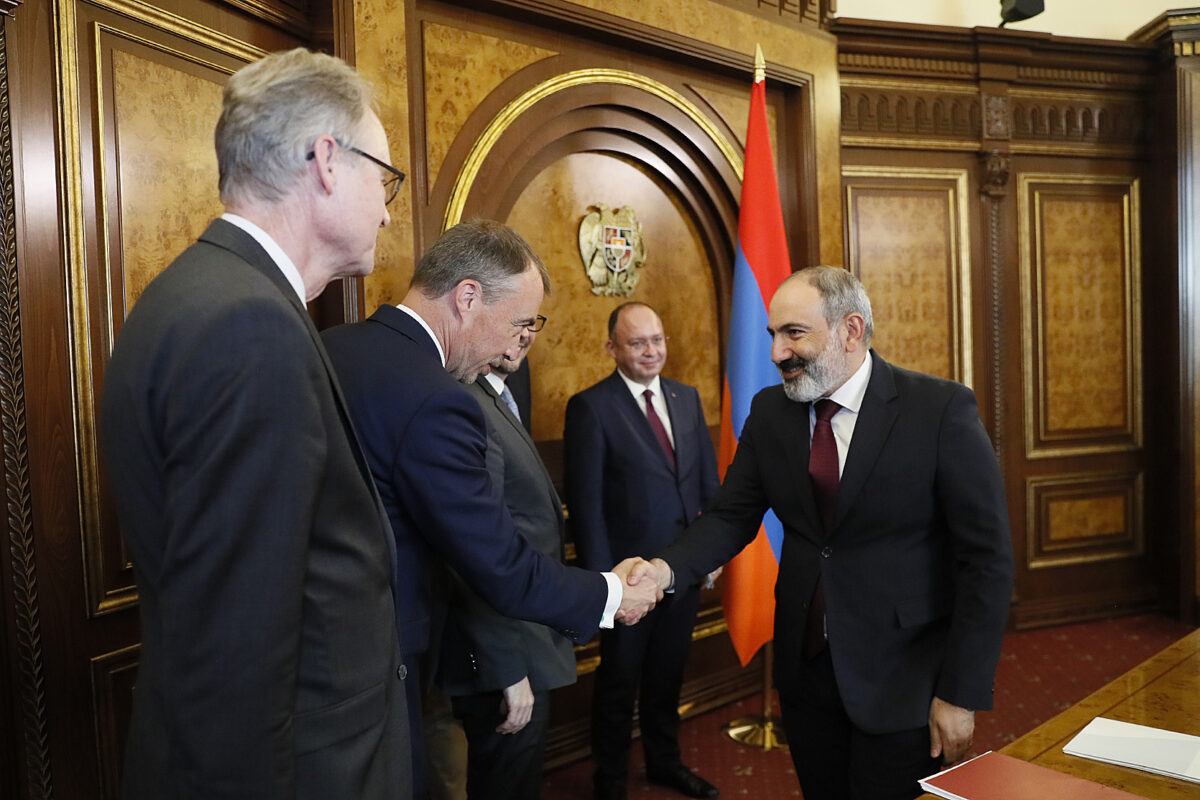 Nikol Pashinyan welcomed such a representative visit to our country, reminding that it was planned at a time when there were more crises in Armenia than solutions.

“I am glad that the visit takes place after elections were held in Armenia, as a result of which the commitment of our people to democratic values ​​was confirmed, and the quality of which was highly appreciated by international organizations,” said the Acting Prime Minister. According to Nikol Pashinyan, the political crisis in Armenia has been overcome, and the government can fully return to the implementation of its most important working agenda, including the effective implementation of the provisions of the Comprehensive and Enhanced Partnership Agreement with the European Union.

Romanian Foreign Minister Bogdan Aurescu noted that such a delegation is visiting the region for the first time in history, one of the primary goals of which is to promote Armenia-EU relations. The Romanian Foreign Minister congratulated Nikol Pashinyan on holding the elections at a high level, on the victory of the “Civil Contract” party, as well as on the entry into force of the Comprehensive and Enhanced Partnership Agreement from March 1 this year.

Lithuanian Foreign Minister Gabrielius Landsbergis noted the importance of strengthening security and stability in the South Caucasus, adding that it is also crucial for them in the context of ensuring their own security. The Lithuanian Foreign Minister stressed the need to build and strengthen an atmosphere of trust between the parties to the Nagorno-Karabakh conflict, adding that the EU was ready to assist in this regard as well. Gabriel Landsbergis attached importance to the solution of humanitarian issues, including the return of prisoners of war held in Azerbaijan.

The Austrian Federal Minister for European and International Affairs Alexander Schallenberg referred to the results of the elections in Armenia, noting that in addition to the victory of the “Civil Contract” party, democracy won. According to him, to the delight of the Armenian people, those who predicted problems during the elections in Armenia turned out to be wrong, which shows Armenia’s commitment to democratic values.

Expressing gratitude for the opinions expressed, Nikol Pashinyan emphasized that the crisis situation created after the war, as well as the elections, showed the viability of democracy in our country, so democracy in Armenia is another irreversible process.

During the meeting the interlocutors discussed the agenda of Armenia-EU relations, as well as issues related to the situation in the region and its resolution.

Nikol Pashinyan praised the role of the EU, in particular, the President of the European Council Charles Michel in ensuring the return of 15 Armenian prisoners of war from Azerbaijan, noting that Armenia is ready to respond to the humanitarian step with an appropriate step. The Acting Prime Minister stressed the need for the full implementation of the trilateral statement signed by Azerbaijan on November 9, 2020, the return of all detained prisoners of war, as well as the peaceful resolution of the situation on the Armenian-Azerbaijani border. The Acting Prime Minister stressed that the issue should be resolved exclusively by the representatives of the Azerbaijani Armed Forces from the sovereign territory of Armenia, reminding that he had made a corresponding proposal on this issue earlier. Touching upon the Nagorno-Karabakh conflict, Nikol Pashinyan noted that the process of comprehensive settlement of the conflict should take place within the framework of the OSCE Minsk Group.