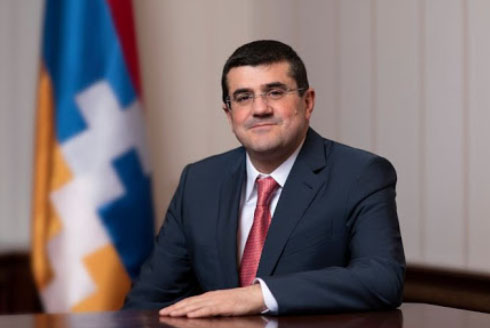 President of Artsakh (Nagorno-Karabakh) Arayik Harutyunyan today conveyed a message to acting Prime Minister of Armenia Nikol Pashinyan on the occasion of the snap parliamentary elections held in Armenia. The message particularly states the following:

The holding of snap elections was the logical solution to the unstable political situation in Armenia following the 44-day Azerbaijani-Turkish military aggression. I am glad that the state bodies and people of Armenia succeeded in organizing democratic elections, in spite of several external and internal difficulties and challenges.

Taking into account the preliminary results of the elections, I wish you and your team success. I hope the results of the elections provide the authorities of Armenia with the opportunity to strengthen the positions in terms of security and foreign policy that were undermined after the war, restore solidarity to solve the pan-national issues, as well as work consistently and effectively for protection of the rights of the Armenians of Artsakh, elimination of the consequences of the war and international recognition of the Republic of Artsakh (Nagorno-Karabakh Republic)

I also wish the other political forces (the forces that gained some confidence of the people) success. I am certain that every vote will be served for the interests and wishes of the nation. As we face the consequences of the war and the existing challenges, we must combine efforts to make Artsakh and Armenia more secure and prosperous for our people, for the sake of the future generations and the eternity of the Homeland of Armenians.”