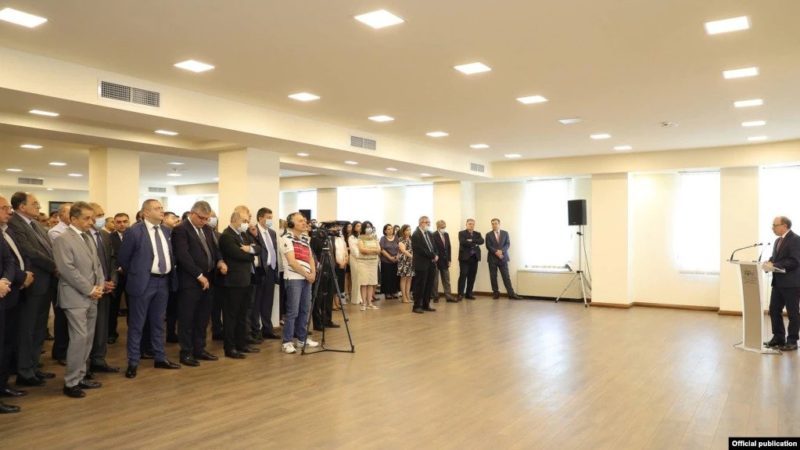 Three of Armenia’s four deputy foreign ministers, who have tendered their resignations due to apparent disagreements with the government, were formally relieved of their duties on Tuesday, June 8.

All four diplomats decided to resign after Foreign Minister Ara Ayvazyan stepped down on May 27 following an emergency session of the Armenian government’s Security Council which discussed mounting tensions on the Armenian-Azerbaijani border.

At a May 31 farewell meeting the Armenian Foreign Ministry staff, Ayvazyan hinted that he disagrees with government decisions which he believes could put the country’s sovereignty and national security at risk.

One of Ayvazian’s deputies, Gagik Ghalachyan, also handed in his resignation on May 27. The Foreign Ministry confirmed on Monday that the three other vice-ministers, Artak Apitonyan, Avet Adonts and Armen Ghevondyan,  followed suit.

Deputy Prime Minister Tigran Avinyan, who is currently filling in for Prime Minister Nikol Pashinyan campaigning for the June 20 parliamentary elections, accepted the resignations of Adonts, Apitonyan and Ghalachyan on Tuesday.

It was not clear whether Avinyan refused to approve Ghevondyan’s letter of resignation and whether the latter intends to continue performing his duties. The foreign ministry did not comment on that.