Armenia - Ambassador Lynne Tracy’s visit to the Syunik region.
Learn first-hand from local officials how the region has been affected 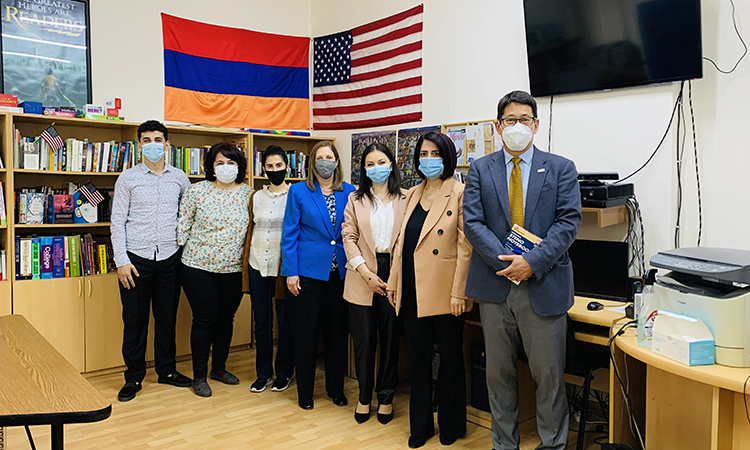 US Ambassador Lynne Tracy did not meet with or speak to Prime Minister Nikol Pashinyan or President Armen Sarkissian during her  trip to Syunik, the Embassy said in a statement.

The comments come after erroneous reports in several publications in recent weeks regarding Ambassador Lynne Tracy’s April visit to the Syunik region.

“Her trip to the region was not connected to the visits of any other officials and the Ambassador did not meet with or speak to Prime Minister Pashinyan or President Sarkissian while in Syunik,” the Embassy said.

It noted that as previously stated, the purpose of the Ambassador’s trip to Syunik was to learn first-hand from local officials and US Embassy program partners how the region has been affected by the twin crises of the pandemic and armed hostilities connected with the Nagorno-Karabakh conflict this past year.

“She also met with the recipients of several U.S. government grant projects to discuss how the Embassy can continue to maintain these partnerships to support the region’s recovery and development,” the statement reads.