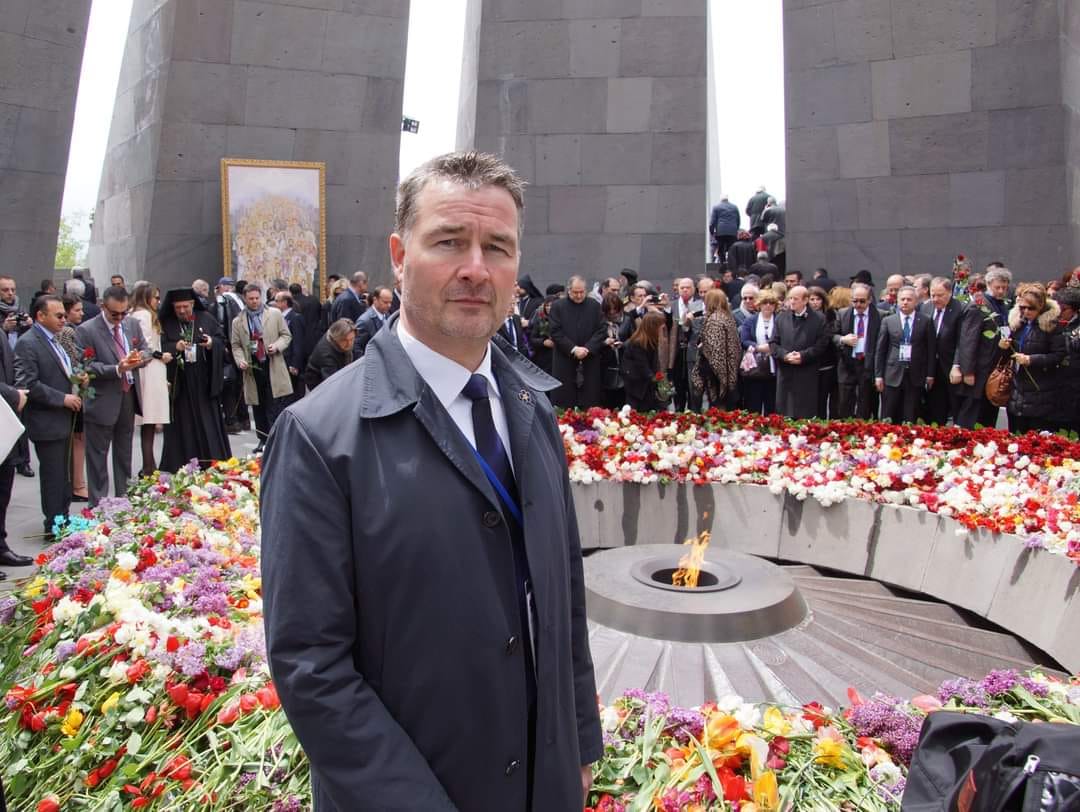 Member of German Bundestag Albert Weiler urges Turkey to face the past and acknowledge it.

“Today is the day of remembrance of the first systematically planned genocide of the 20th century – 106 years ago around 1.5 million Armenians and other Christian minorities were brutally murdered and expelled in their homeland, in what was then the Ottoman Empire. To this day, Turkey has not made a clear commitment to this dark chapter of its history, our common history ,” the lawmaker said in a Facebook post.

“As the Bundestag, we have already recognized this genocide. I urge the Turkish government to take a critical look at the past and to acknowledge it. There is no reconciliation without recognition,” he emphasized.

“My thoughts today are with the many descendants of genocide victims around the world. May God bless you!” said the MP, as he shared a 2015 photo from Tsitsernakaberd Memorial.