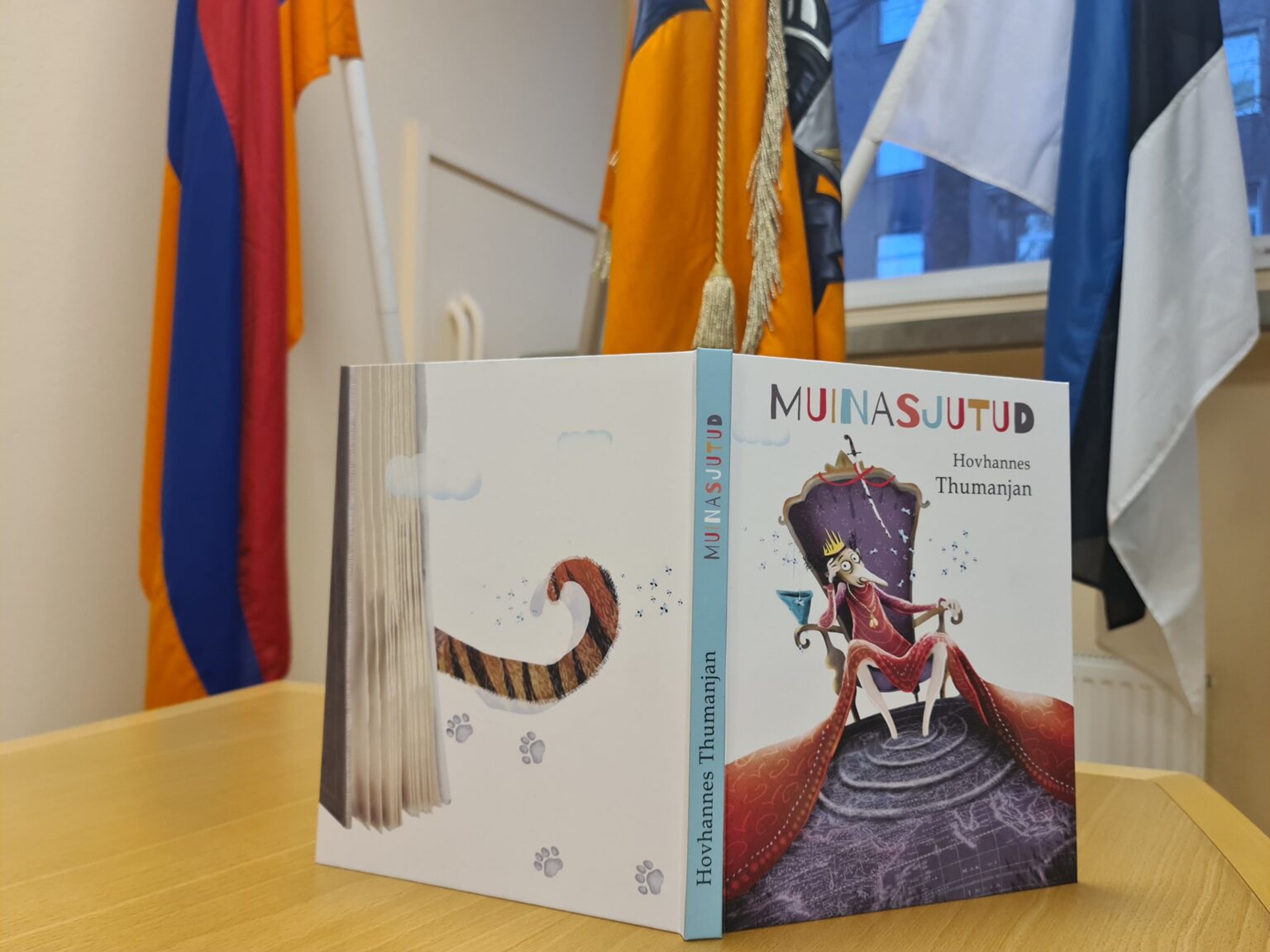 The collection of fairy tales by Hovhannes Tumanyan has been published in Estonian. Armenia’s outgoing Ambassador to Estonian Tigran Mkrtchyan presented the book during his farewell meeting with representatives of the local Armenian community.

The book has been published as part of celebrations dedicated to Tumanyan’s 150th birth anniversary.

In his opening remarks, Ambassador Mkrtchyan expressed gratitude to translator of the book Sofia Petrosyan and director of the Tumanyan Museum Ani Yeghiazaryan for writing the preface to the Estonian publication and Narara Muradyan for illustrations.

He also thanked the head of the Estonian Armenian community Razmik Ivanjan and the Estonian Ministry of Culture for supporting the program.

“Hovhannes Tumanyan is a unique figure not only with his literary heritage, but also with his human image. Tumanyan’s biography is merged with the fate of Armenians. He lived in the most difficult and cruel times for our people, sharing all the sorrows with his whole family, never complaining, endlessly fighting for a bright future,” the Ambassador noted.

The collection was earlier published in Latvian and Lithuanian.

During the meeting Tiigran Mkrtchyan also referred to the progress in Armenian-Estonian relations and the cultural events held in the country. He hailed the effective and strong cooperation with the Armenian community.

The Ambassador noted that the Armenian communityhas always stood by the Armenian Embassy, which has been one of the important guarantees of success.