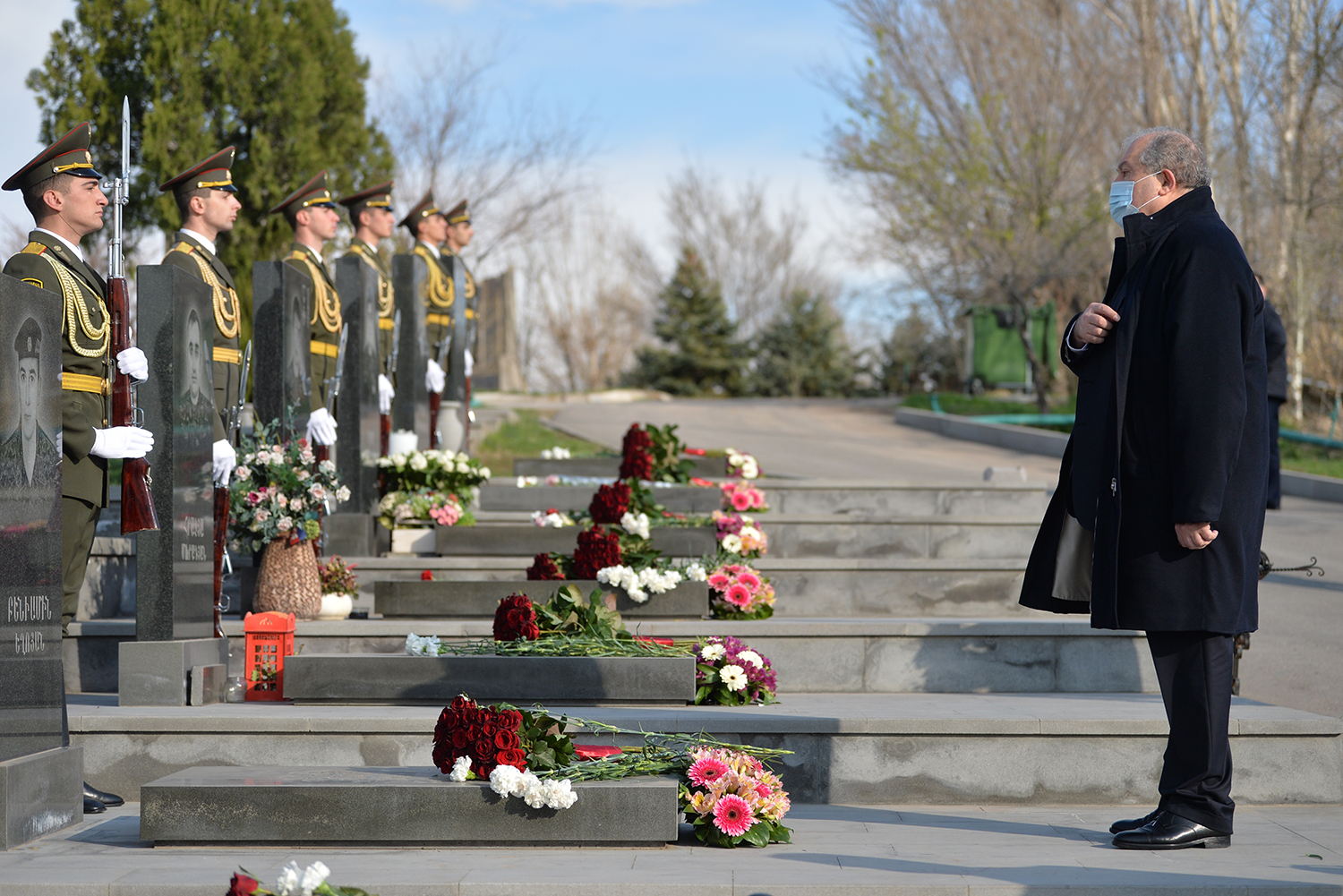 The latter started working in the Office of the President of the Republic within the framework of the presidential initiative to support the Defender of the Fatherland.

President Sarkissian laid flowers at the graves of the heroes of the April 2016 hostilities, as well as those who sacrificed their lives during the last Artsakh war. The president paid tribute to their memory, talked to the relatives of the killed soldiers.