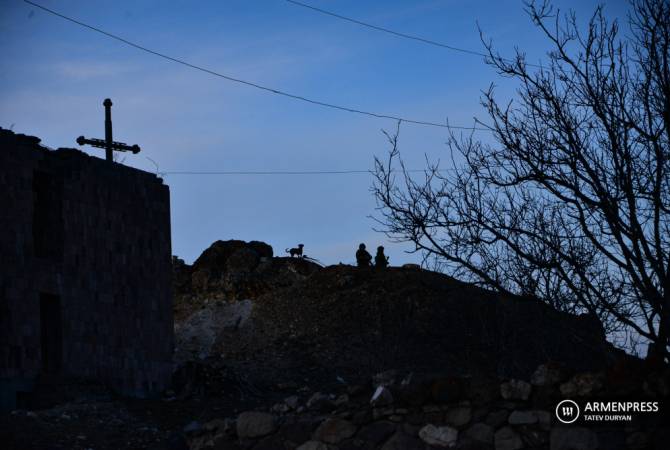 ARMENPRESS. Ombudsman of Armenia Arman Tatoian has made a statement, commenting on the recent reports according to which the shots fired by the Azerbaijani military near the border villages of Syunik province are irregular or that they are simply firing in the air.

“In recent days, there have been reports that the shots fired by the Azerbaijani military near the border villages of Syunik province are irregular or that they are simply firing in the air. An impression may be borne that by so doing the dangers and risks to life associated with such shootings are therefore minimized.

The goal of the Republic of Armenia Human Rights Defender is clear: even a single shot fired disturbs the peace and quiet life of the villager, endangers the life and health of the villager and his or her child, deprives the villager of the opportunity to cultivate his/her land and the use of his/her property. The presumption is that any shooting by the Azerbaijani military should be seen as a regular shooting and thus, in the sense of being a regular shooting, such shootings must therefore officially be recorded as shootings in the direction of the village.

It is already a well-established fact that Azerbaijanis are regularly firing from small and large-caliber weapons in the immediate vicinity of Armenian villages, even from less than 1 km away, both in the air and in the direction of the villages. The Azerbaijani servicemen are well aware that their shots are clearly heard in the villages, are disturbing to the civilians and, foremost among them, the shots fired are disturbing to the children and violative of the overall peaceful life of the villagers.

Consequently, the presence of Azerbaijani armed servicemen in general, and particularly in the immediate vicinity of the villages of the Syunik province or on the roads connecting the communities of the province, and any movement by them by such ways and means violates Armenia’s Constitution, internationally guaranteed rights of the peaceful inhabitants of Syunik, and is a threat to their peace and tranquility”, the statement says.